David Greske was born in rural Wisconsin and ever since he can remember has had a fascination with the horror genre.  He grew up grew up feeding chickens, milking cows, and watching Saturday afternoon creature features when he should’ve been doing his chores.  He has been writing horror stories since the age of seven and one of his first literary endeavors was a rip-off of a Dark Shadows episode.  Since then his works have appeared in several magazines and anthologies including Black Ink Horror, Thirteen, Back Roads and Dark Moon Digest.

To date he has published over 20 short stories and  five novels.   All are available on amazon.com.  He co-wrote the screenplay to, BLOOD RIVER, based on his novel of the same title, which has been made into a feature film by ForbesFilm.   He currently lives in Minneapolis, Minnesota.  Check out his horror/science fiction monster rampage HARLOW from Black Bed Sheet Books! 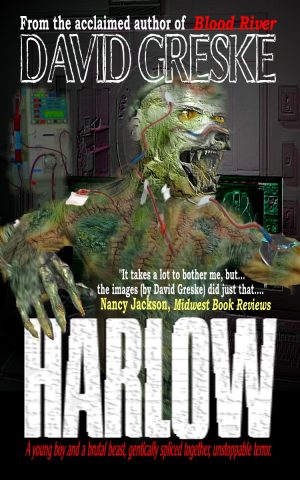 $9.99
Harlow is a town built on secrets, but the biggest secret isn't locked in a closet, or buried in the yard. It's the glass and steel structure standing on Asylum Hill.  Behind those walls the genes of a young boy and terrifying beast are spliced together.  What should've been a triumph of science has turned to a hellish creation.Also available in Ebook here:

“A tense chilling read packed with enough horror to keep the lights on at night. Greske is a rising voice in the genre!”  —Wolfgang Brady

“David Greske Grabs Readers From The Very First Page And He Doesn’t Let Go Until The Last Page Is Read!”  –Hotcha (Amazon Reviewer)

“As I write this review I am still cringing and attempting to shake off the hideous images brought on by the descriptive detail of this horror flick written on paper.”  –Juanita Reynolds, Betsie’s Literary Page, on Greske’s novel Anathema 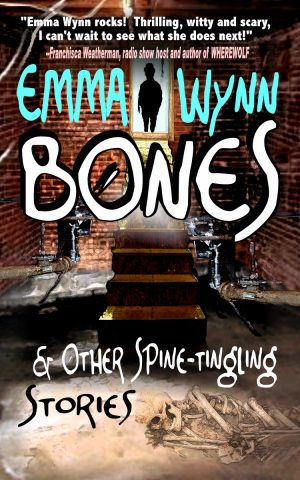 $5.00
Introducing an exciting new literary voice of terror….and she has ways to keep you scared! A girl has a chance to resurrect the skeletons resting deep within the bowels of her basement into a family that once was.Also available in Ebook here:

In Rod We Trust

$13.98
There is a fifth dimension beyond that which is known to man. This is a dimension of imagination. In the case of these stories, it is where author Tom Sawyer’s imagination takes flight. Mr. Sawyer, as a popular Michigan horror fiction author of many delights ( From Paradise to Hell, Dark Harbors), pays an ultimate tribute to Rod Serling’s own imagination, which influenced viewers around the world since its inception decades ago with The Twilight Zone TV series. Here, Sawyer continues the tradition seamlessly on these pages. So sit back, relax, and cross over into the sight and sound and of mind which is.....The Twilight Zone.Also available in Ebook here: 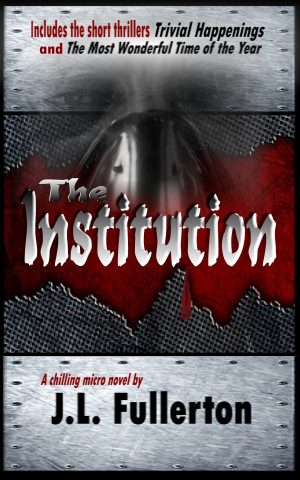 $0.99
The Institution is a supernatural micro novel about two paranormal investigators who end up with much much more than they bargained for. With added short thrillers "Trivial Happenings" and "The Most Wonderful Time of the Year," discover for yourself the dark chills which lurk within THE INSTITUTION!Available in Ebook here: [su_button url="https://blackbedsheetbooks.com/j-l-fullerton/" style="3d" background="#80332c" icon="icon: book"]Visit the Author's Page[/su_button]
-43% 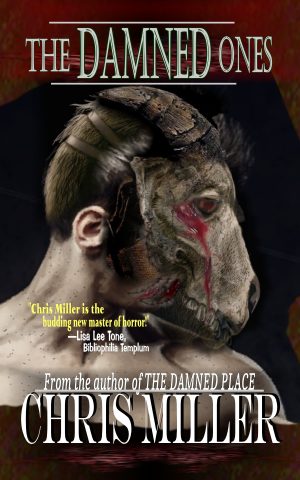 $3.98
Twenty-six years after The Damned Place, Jim Dalton is now chief of police in the formerly sleepy town of Winnsboro, where a series of brutal murders leads him to believe something insidious is lurking just beneath the surface.As he meets with his childhood friends, the scope of what they hoped was left behind in the woods all those years ago begins to come into focus, and they realize they are once more all that stands in the way of a hungry beast from outside of reality and global destruction.Ours isn’t the first world The Glutton has devoured, and if Jim and his friends can’t find the key to destroying it, it won’t be the last. THE DAMNED PLACE left its stain, and now mankind’s only hope rests within THE DAMNED ONES.[su_button url="https://blackbedsheetbooks.com/chris-miller/" style="3d" background="#80332c" icon="icon: book"]Visit the Author's Page[/su_button]Purchase the Ebook here: