Singer, songwriter, actor, director, and author, Chuck W. Chapman is from Greenville, SC. He has toured the US in various rock bands and recently wrote, directed, and starred in the Rondo Award-nominated indie horror film, “He Drives at Night,” with Butch Patrick of “Eddie Munster” fame. Chuck has been a featured actor on nationally syndicated television and a background actor in major motion pictures. 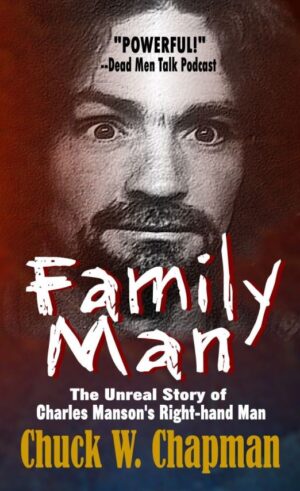 $14.98
THE UN-REAL STORY OF CHARLES MANSON'S RIGHT-HAND MAN! Having lost his girlfriend to a college quarterback, and his best friend to the war in Vietnam, Billy “Shep” Shepherd left his home in rural South Carolina to experience the Summer of Love in California in 1967. He was looking to find himself. Instead, he found Charles Manson. In less than 2 1/2 years, Shep goes from being a naive teenager to partying with the Beach Boys and The Doors and sitting by the pool with Candice Bergen and Sharon Tate. Along the way, he becomes a member of the “Manson Family,” and Charles Manson’s most trusted confidant. A story of the sex, drugs, and rock-and-roll of the sixties that evolves into a story of love and friendship then madness and murder, Family Man will make you laugh, cry, and re-write the history of everything you think you know about the Manson murders. Also available in Ebook here: 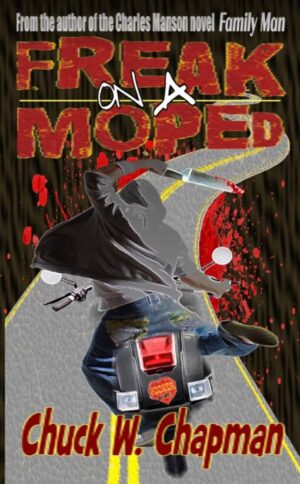 Freak on a Moped

$9.98
If you can’t run more than 25 MPH, you’re toast!  When Lillian Williams became the Sheriff of Daimler, SC, she thought she would have it easy for the rest of her career. Nothing ever truly happened there, ever, and that was the way she liked it......until the night that a maniac freak on a moped appeared and began a killing spree along the small-town roads and highways, and it was up to Lillian and her deputy son Dennis to track him down. Also available in Ebook here:

$0.98
Frankenstein is an 1818 novel by Mary Shelley that was republished in 1831 in a more widely read edition. It is often considered to be the first science fiction novel because of how it combines real scientific research with some speculative elements. [su_button url="https://blackbedsheetbooks.com/frankenstein/" style="3d" background="#80332c" icon="icon: book"]Want a print paperback? Click here![/su_button] Purchase the Ebook here:
-40% 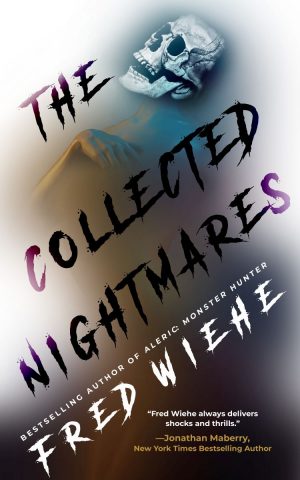 $2.98
Aleric Toma Bimbai is a two-hundred-year-old Rom, Gypsy, and a legend among his people. He hunts monsters for bounty, a gun for hire, with secrets as dark as midnight in a graveyard. He is a hero and rogue rolled into one, with preternatural powers of his own, only slightly better than the supernatural creatures he hunts... [su_button url="https://blackbedsheetbooks.com/fred-wiehe/" style="3d" background="#80332c" icon="icon: book"]Visit the Author's Page[/su_button] Purchase the Ebook here:
-60% 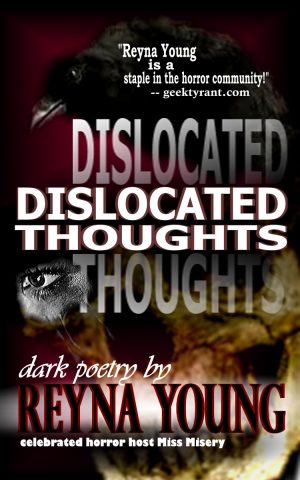 $1.98
Reyna Young, popularly known as Bay Area Horror Queen and Horror Host Miss Misery of Miss Misery's Movie Massacre, has a new book of dark poetry out from Black Bed Sheet Books that we around here call DISLOCATED THOUGHTS, and this is it!! "I grab my beautiful axe and strike it down softly, as you watch me get excited, I want you so badly." --from the book. It's wild, it's sad, it's thoughtful, it's insightful, honest, bold, uplifting, depressing, and we'll say wild again. [su_button url="https://blackbedsheetbooks.com/reyna-young/" style="3d" background="#80332c" icon="icon: book"]Visit the Author's Page[/su_button] Purchase the Ebook here:
-38% 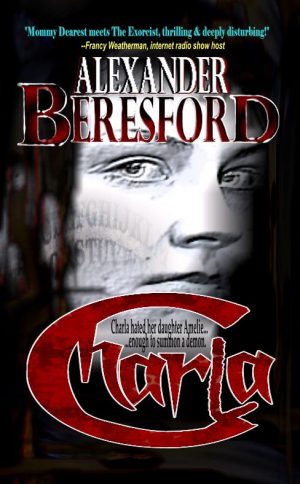 $7.99
A mother. A daughter. A demon…. Charla kept her unsettling hatred towards her daughter Amelie a secret for so long, but over time it became harder for her to quench her morbid impulses without raising concerns.... [su_youtube url="https://www.youtube.com/watch?v=AzWD2dIVNY8" width="400" height="300"] Also available in Ebook here: