I ‘m originally from Yorkshire, England – university educated (Honours Degree: Pure Zoology) and a formative career in sales, marketing and running multiple businesses. Born in 1964, married, 5 children, I moved to the US in 2010.
My writing style and story telling have so far been compared to Stephen King, Dan Brown and Robert Ludlum.
And, in February 2017, I was accepted as an Affiliate Member of the Horror Writer’s Association.

‘Pede‘(a brilliant creature horror) is published by Black Bed Sheet Books, ‘And Then You Die‘ (darkly comic supernatural horror) was published by J Ellington Ashton June 2016, The Erotic Odyssey of Colton Forshay is published by HellBound Books Publishing, ‘Flanagan‘(psychosexual horror/chiller), publication by Sinister Grin Press in Feb 2017, Tenebrion (Black Bedsheet Books Aug 2017) and my collection of short stories, Blood and Kisses (HellBound Books, Aug 2017).
Of my novellas, Buds is published by Morbid Books, and ‘Feeder’ (horror) and ‘I Am Joe’s Unwanted Penis’ (an excellent, dark humor parody) (published together by HellBound Books.
My short story ‘Winning & Losing’ was published in the online anthology ‘Ripple Effect‘ Oct 2015, ‘Road Trip Bingo‘ was published by Black Bed Sheet Books in their anthology ‘Bumps in the Road‘ (Spring 2016), ‘The Five Towns Pageant‘ will feature in J. Ellington Ashton’s anthology ‘Full Moon Slaughter‘ (Halloween 2016), ‘Zombie Hooker: A Love Story‘ appeared in the Fat Lip Press anthology ‘Carnival of Gore IV‘ (July 2016), ‘Snuffed: Fifty Shades of F****d Up‘ featured in J Ellington Ashton’s ‘Rejected for Content 4‘ (Summer 2016), ‘First Impressions‘ in JBP’s ‘Black Candy’ (Halloween 2016), ‘Mumble Trimmings and the Peculiar Case of the Reverse Pedophiles‘ will feature in JEA’s anthology ‘Splat 3′, The Werewolf’s Surrogate is in JEA’s Full Moon Slaughter 2’, whilst ‘A Proud Father‘ will be featured in Dead Man’s Tome Book 2, and ‘Trophy Wife‘ (a graphic short) is to be published by The Creeps Magazine (TBA).
To date, I have won awards for five short movies, and a Splatterfest ‘Best Director’ for ‘Zombie Family: A Day in the Death‘. I co-wrote the first two episodes of the Kenyan sitcom ‘The Samaritans‘, and was ‘writer for hire‘ on the biopic of Bob Marley for Spectra Records, a family animated feature ‘Manbug‘ and a Houston-produced family feature ‘The Church Mice‘.
Upcoming projects: The Silverado Springs Memory Care Posse (horror novel), ‘Harry’ (dark humor, ‘dramady’), and a couple of breathtaking works I’m being deliberately secretive about…” 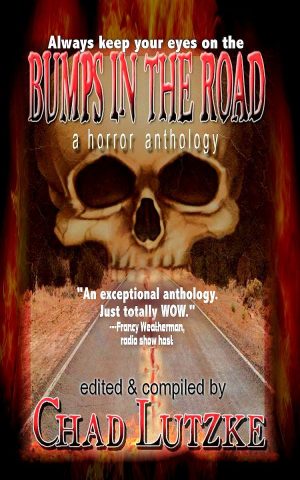 Bumps in the Road

$8.98
Join our storytellers as they share the morbid, woeful, and disturbing outcomes of an otherwise normal commute, as we watch each of these unfortunate souls fall victim to their own little bumps in the road.Also available in Ebook here: 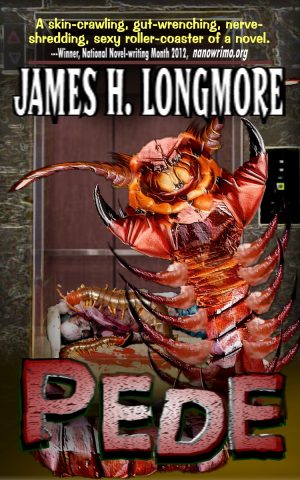 $10.98
The once luxurious Mountainview Spa Hotel in the heart of California’s Coachella valley lies decaying, abandoned and heavily boarded up. Its secret; it is the site of a radioactive, ‘dirty’ bomb explosion five years’ previous.  Zoology Professor Jane Lucas has a lifelong phobia of Scolopendra gigantea, the Giant Centipede, despite being the world’s leading authority on it. Following the savage deaths of two young lovers who broke into the hotel for its natural underground spa, and the discovery of centipede remains almost three times its natural size, the professor teams up with four of her students to investigate....Also available in Ebook here:

$10.99
Amateur film makers inadvertently invoke a demon when they break into an abandoned elementary school to perform and film an authentic Black Mass for their entry into a short movie competition!  Dave Priestley reveals his plan to his the movie-making friends – to film an authentic Black Mass in Watsonville’s abandoned elementary school – the site of a horrific tragedy nine years before.  Tenebrion – the demon of darkness – makes preparations of its own within the darkness of hell...Also available in Ebook here:

“The cast of TENEBRION are not the most likeable, that’s what I liked about it. And the depth Longmore gives them is remarkable. What would surely be another shallow pulp horror novel is elevated by the attention to character detail and the gallows humor he peppers this with. Much like the last thing I read from him, FLANAGAN, Longmore lets his comic side show through at the darkest times. A bloody good time to be had here.”  –John Boden, splatterpunkzine

“‘Pede is a sexual, graphical horror novel. The author credits 80s writers and he follows along with a terrific, extreme, novel. There’s plenty of sex (mostly lesbian) and loads of gory violence as a scientific party is attacked by giant centipedes. This book would make an excellent syfy channel film. Loads of fun except for those who dislike gore!”  –Pegleg, from Amazon review 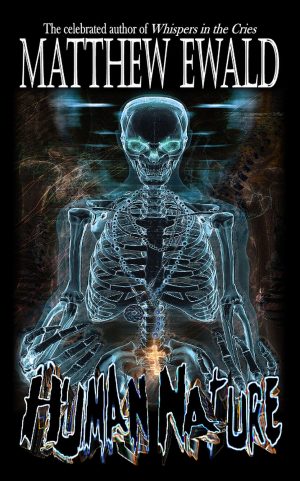 $3.98
Matthew Ewald's (actor: Galidor, Star Trek Phase II) chilling debut novel of horror. The only survivor of the grisly aftermath of an activist raid on an animal testing lab leaves him institutionalized. When his psychiatrist begins to unlock the secrets to the events of that fateful night, she finds it is up to the both of them to stop the unspeakable evil that was unleashed upon the world.[su_button url="https://blackbedsheetbooks.com/matthew-ewald/" style="3d" background="#80332c" icon="icon: book"]Visit the Author's Page[/su_button]Purchase the Ebook here:
-60% 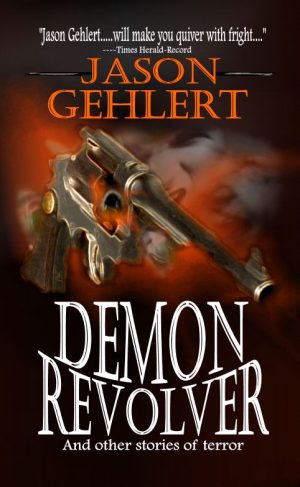 When Night Darkens the Streets –Ebooks

$2.98
The sunlight, oh how its warmth and soft radiance provides visibility and a pretend sense of safety against the night and the fiendish beasts who roam in the devilry of the darkest shadows….What demons transform when the veil of darkness arrives and the streets blacken? What stories of terror and bloodshed will unfold?  WHEN NIGHT DARKENS THE STREETS….[su_button url="https://blackbedsheetbooks.com/horns/" style="3d" background="#80332c" icon="icon: book"]Visit the Author's Page[/su_button]Purchase the Ebook here:
-33%

$3.98
When child psychiatrist Dr. Edward Harris arrives at Leavitt’s Asylum for Special Children, he is met by the mysterious Melody Murdoc, a young telekinetic and telepathic girl who knows more about his life than he knows himself.  When his wife begins a steamy affair with a local author, Edward will come to Melody for help. But at what cost to his own sanity?[su_button url="https://blackbedsheetbooks.com/nik-kerry/" style="3d" background="#80332c" icon="icon: book"]Visit the Author's Page[/su_button]Purchase the Ebook here: